What is the opposite of 'suspenseful'? During this month of suspense about the maps in North Carolina, it's worth pointing out that there are some aspects that are a foregone conclusion.

The maps below are based on a pretty conservative reading of what the possibilities are based on the optimal county groupings that the legislature released on Friday. There are additional areas where change is unlikely, but can't be ruled out.

A full 61% of the counties have no real suspense as to what their Senate districts will look like: 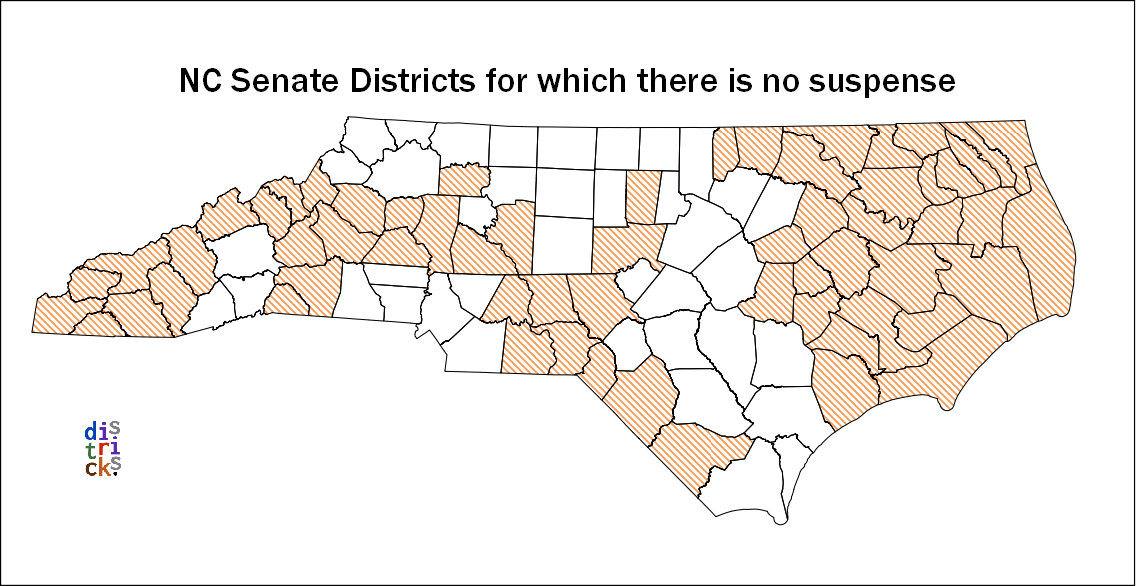 And a third of the counties have their House districts almost certainly established. 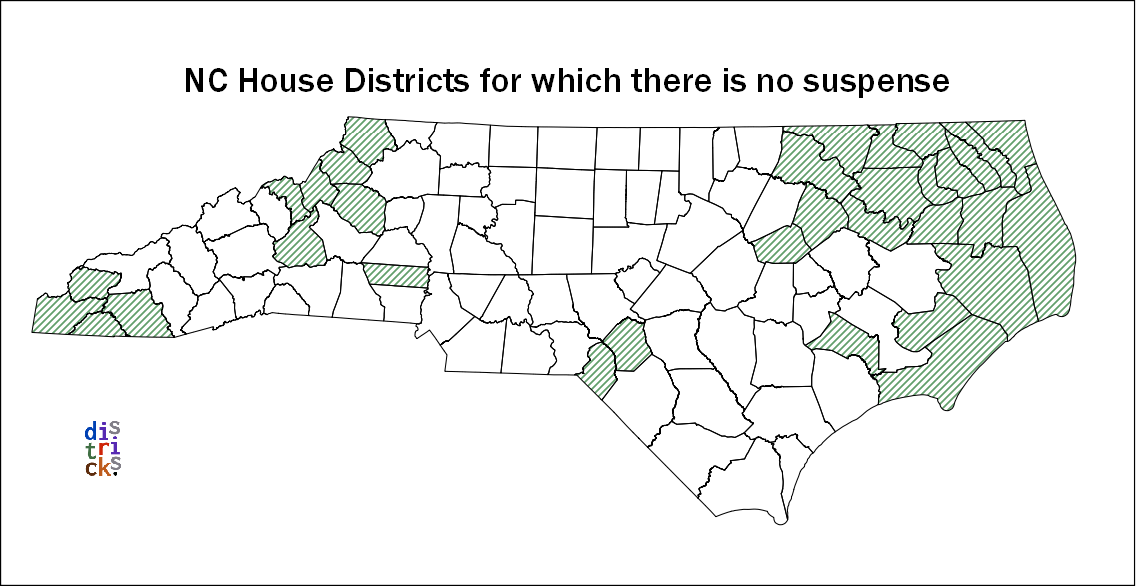 The cross-hatched areas in the map below indicate the overlap – the 29 counties where both House and Senate district are pretty much set in stone as long as the General Assembly adheres to their consultant's optimal county scheme.

This analysis just is pulling out the counties where no splitting is required. There are also groups of counties that haven't changed since 2011 where no districts were found to be unconstitutional. There is no requirement for these districts to change, but (as others have pointed out) that's no guarantee that the maps won't be changed there.

It's worth identifying and mapping those as well, but that'll have to wait for another post. I'm running out the door to the Geometry of Redistricting Workshop at Tufts. Follow @gerrymandr and #gerrymandr on Twitter if you're interested in the event.