The short answer is: not necessarily. But the long answer is worth understanding.

I've heard from multiple sources recently (some of them otherwise well-informed) that not only will the 28 cited districts have to be redrawn, but all the ones adjacent to them will as well. It's not as simple as that.

A big part of it has to do with the requirement to group counties – but I'll come back to that later.

Take, for example, Senate District 21, which has no other overturned districts touching it (county boundaries are the dashed lines, but are often overlapped by district boundaries here, many of which follow county boundaries in this area): 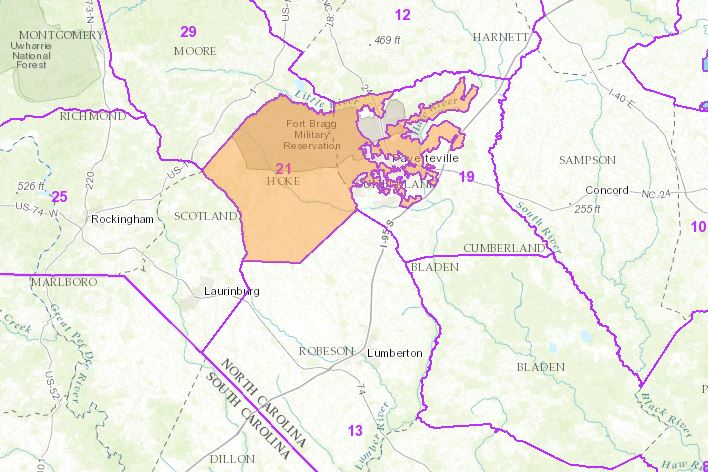 Thus, if you lived south of Hoke County in Robeson County (District 13), this redrawing would be unlikely to affect you. [In fact, Senate District 13 will almost certainly not be affected, but that gets back to the county grouping issue, which I'll discuss at the end.]

A good example from the House would be if you lived in House District 27, which is neatly composed of Halifax and Northampton Counties. 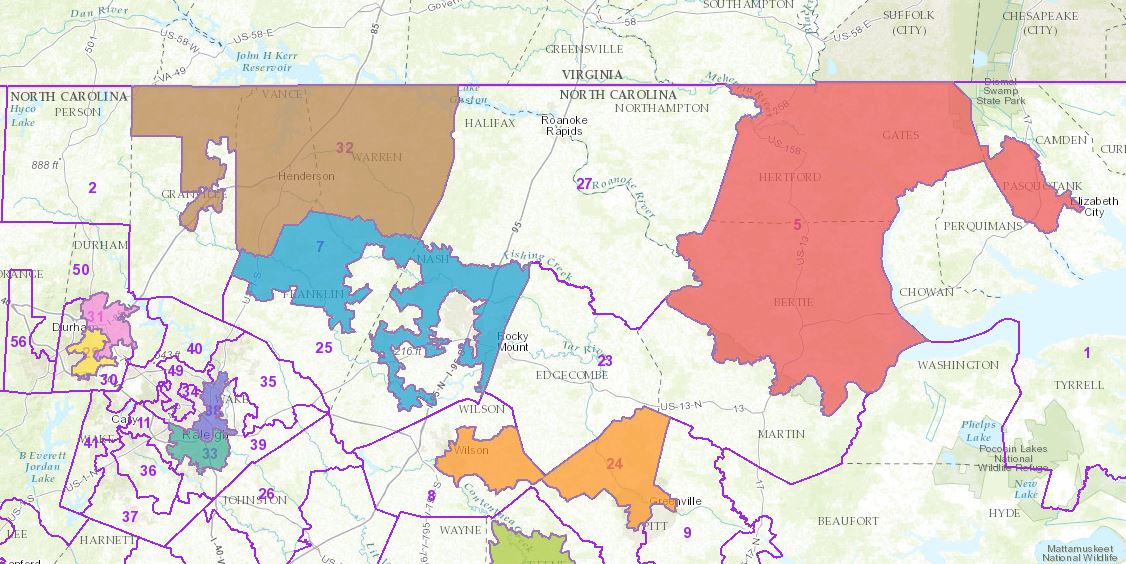 Look at problem Districts 32 (brown) and 5 (red) that both touch District 27. Warren, Bertie, and Hertford Counties are included in those districts in their entirety. With a redraw, however, there's a strong chance that those counties would be left undivided, or at least not divided in a way that would affect District 27.

There is District 7 to the south, which is messier, but is also unlikely to affect District 27 ... because of the requirement to group counties.

The county grouping requirement is also absolutely vital to understanding the map redrawing process, but it's more difficult to explain, so I'm going to tackle it in a separate post.

(If you want to explore these districts further, check out the separate House and Senate interactive maps introduced on this blog earlier in the week.)